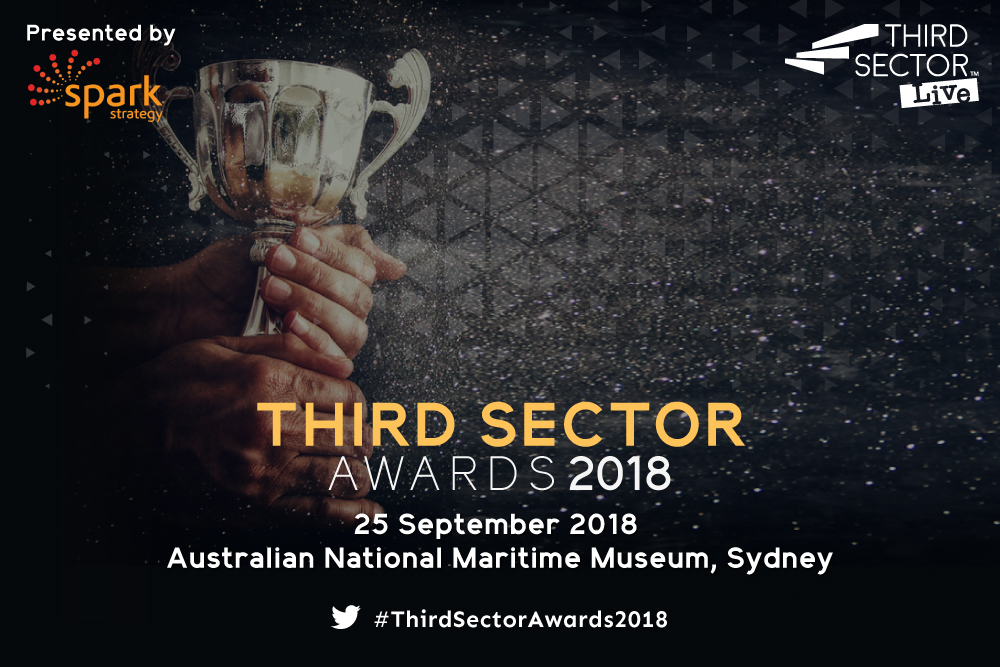 The finalists for the Third Sector Awards have been announced to honour the most notable leaders of the not-for-profit sector.

The finalists for the Third Sector Awards have been announced, celebrating Australia’s most notable executive leaders and decision-makers in the sector.

The awards are an opportunity for leaders and volunteers to demonstrate leadership and innovation within their organisation and the community. They were judged based on their social impact, outcomes, collaboration and leadership.

Katherine Raskob, CEO of the Fundraising Institute of Australia and one of the judges, said: “The best candidates demonstrated significant areas of innovation within their organisation and were the ones who stood out.

“All candidates were so good that trying to find one area where they were above the others was really difficult. But there were a couple that were able to demonstrate quite significant innovation, either in the way that they approached new business roles or new partnerships or in new systems of thinking.”

Each of the winners from the group of finalists will be awarded in recognition of the significant impact they have made either as individuals or as part of an organisation.

Raskob said the challenge in voting for Volunteer of the Year was due to each of their commitments to the organisation they were a part of: “I really loved all the stories and the entries were so inspiring and motivating. That was challenging for me to judge because they were all so impressive in many different ways.”

The awards night is part of the upcoming Third Sector Live, the conference that brings together sector leaders in a unique opportunity for Australia’s not-for-profits.

Winners will be announced on the Awards Night on September 25.

The award finalists are:

Emerging Leader of the Year

CEO of the Year

Board Director of the Year

Kim Jones – Hear For You

Volunteer of the Year

Social Entrepreneur of the Year

Cassandra Treadwell – So They Can

Tania de Jong AM – Creativity Australia and the With One Voice

Campaign / Marketing Executive of the Year

Young Leader of the Year

Influencer of the Year – Judge’s Choice

Now only one thing remain – Join us for the gala dinner and support your peers! Click here for tickets.